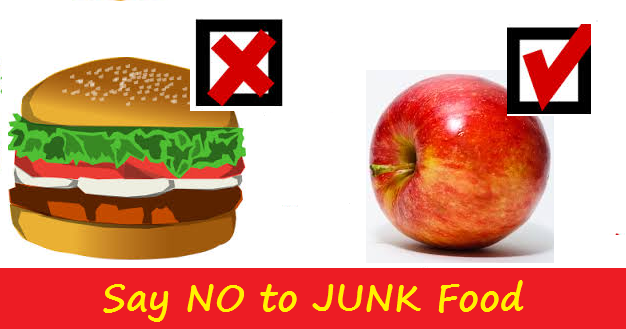 Junk food refers to fast foods which are easy to prepare and quick to munch. They are zero in nutritional value and often high in fat, salt, sugar, and calories. Eating fast foods for meals or snacks is especially popular with adolescents and young adults.

Common junk foods include salted snack foods, fried fast foods, and carbonated drinks. Today, fast-food menus are crowded with large burgers, large fries, and large carbonated drinks. These are a minefield of heavily packed calorie bombs waiting to explode in your belly. And most come with an exclusive bonus of salt and dangerous fat that are programmed to harden up your arteries.

Consumption of fast foods is gradually becoming an emerging trend. It is a major source of energy, dietary fat and animal protein though it was shown to be a poor source of micronutrients which consequently increases the vulnerability to the already high prevalence of non-communicable diseases.

With the westernization of the diet, many chronic diseases would progress, first as obesity (a major risk factor for non-communicable diseases including type II diabetes, stroke, hypertension and certain types of cancers) followed by diabetes and cardiovascular diseases.

The primary temptation for junk foods, according to consumers, is the taste factor; second most popular reason given for eating these foods is their time factor, attractiveness, packing and advertising particularly among children and adolescents.

How to enhance dietary choices?