Is Saffron good for you? 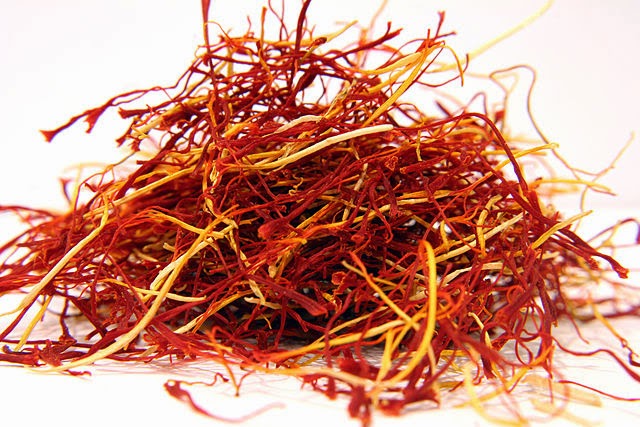 Crocus sativus, commonly known as saffron, comprises the dried red stigma of the perennial herb Crocus sativus linn and is widely cultivated in countries such as India, Iran and Greece.

Here are the various names of Crocus:

Stigma of Saffron contains more than 150 volatile and aroma yielding compounds. It also has many non-volatile active components, many of which are carotenoids including zeaxanthin, lycopene, and various α­ and β ­carotenes.

Characteristic components of saffron are crocin, picrocrocin, and safranal. The stigma of the flower possesses listless medicinal properties and used widely in traditional system of medicine.

Saffron is one among the most expensive spices in the world. Because of its high cost, saffron is frequently adulterated with safflower, marigold stigma. So one must be careful while buying Saffron.
Image Credit: Wikimedia/ Safa Daneshvar