The healing power of figs 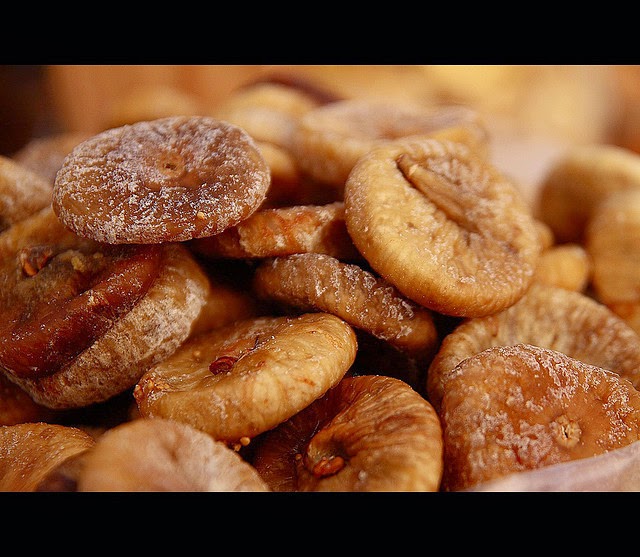 “ Figs are restorative. They increase the strength of young people, preserve the elderly in better health and make them look younger with fewer wrinkles ”

Figs (Ficus Carica) are one of the most primitive fruits cultivated. The fig fruit is mentioned as a sacred fruit in all the holy books. There was a fig tree in the Garden of Eden, and the fig is the most mentioned fruit in the Bible. In the Kuran, Mohamed mentions that if he has to make a choice it would be the fig tree that would be brought to Heaven. Siddharta Gautama received the revelation that formed the basis of Buddhism while sitting under a fig tree. In all the great cultures and religions, the fig tree is used as a symbol. The fig also played an important part in the Olympics. Early Olympic athletes were given figs as a training food and figs were given as laurels to the winners of the first Olympics as a medal [1].

Although considered a fruit, the fig is actually a flower inverted into itself. The seeds are the real fruit in figs. Most figs are now consumed as dried fruit and are a concentrated source of nutrients. The fruits are a rich carbohydrate source, with 94% of the energy and a rich source of dietary fibre, with a 100-g portion providing 12.2 g of dietary fibre, Figs are also an impressive source of minerals, especially calcium and iron. They are low in sodium and a rich source of potassium. They are fat free, sodium free and, like other plant foods, cholesterol free [2].

The edible fig can be utilised in various ways, the most common being fresh and dried. Dried figs can be directed to table consumption or for processing as paste or canned. Fig paste can be used in confectionery as mixed with nuts, fig bars or biscuits. In fig paste, the seeds can be grinded or kept as whole depending upon the request of the buyer. Dried or fresh figs can be put in syrup and sold as jam [3].

Diseases That Have Implications Relevant to Fig Consumption

Denis Burkitt is usually credited with popularizing the idea that dietary fiber may protect against the development of Western diseases, including diabetes, hypercholesterolemia, heart disease, diverticular disease and colon cancer. Because figs contain approximately 5g of dietary fiber in a 40g serving, they represent one of the few concentrated fruit sources of dietary fiber.

Dried fruits, especially ones like figs, with a high amount of dietary fiber and nondigestible carbohydrate have lower glycemic indices than do other carbohydrate sources. Therefore, it prevents the rapid spike in blood sugar.

Osteoporosis is a significant public health problem. As the populations continue to age, reduced bone density eventually results in osteoporosis. An important nutrient in short supply in the women’s diet is calcium. Although dairy products are concentrated sources of calcium, many women prefer not to consume dairy products and are left with few other rich sources of calcium. Figs are high in calcium and can provide needed calcium for women, although energy density must be considered.

Being rich sources of iron, even a week supplementation of dried fig can improve the haemoglobin content of the body.

Figs are a concentrated source of benzaldehyde, which has been used for cancer prevention. Ongoing research suggests that figs are a rich source of a wide range of phytochemical that have antiproliferative effect [4].

Apart from supplying a wide choice of nutrients, figs supply a wide range of phytochemicals, non-nutrient plant chemicals that may decrease risk for chronic diseases such as cardiovascular disease, cancer and diabetes. A return to our ancestral lifestyle where figs were a mainstay of the diet should be motivated.