Why should you include Bell pepper (Capsicum) in your diet? 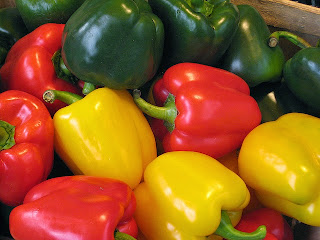 How often do you include Bell pepper (Capsicum) in your diet? Read this and use it as much as you can.

Consumption of Pepper fruit, otherwise known as bell pepper (Capsicum annum L) is gaining significance these days due to better cognizance about its antioxidant properties. They belong to the family of solanaceae which includes eggplant, potato and tomato. There are many varieties of pepper including yellow, orange, red, purple, brown and black with variations in the pigment they contain. Pepper fruit is much noted for its pungent taste. Pepper fruit can be eaten raw as salads, added in curries and pickles. The major products prepared from pepper are paprika, dried chillies and oleoresin.