The culprit in refined wheat flour 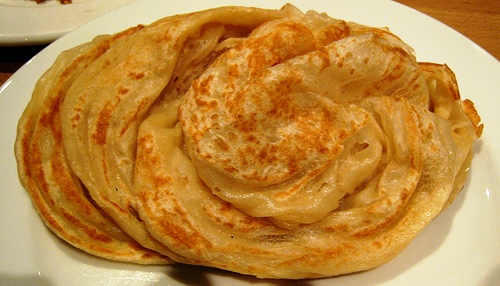 It is made from wheat flour after removing the fiber rich bran. Not only the bran and germ has been eliminated away from this bleached white flour, also its being bleached with chloride oxide that produces alloxan as a by-product. In research, giving alloxan to an animal is similar to injecting that animal with a deadly virus, as both alloxan and the virus are being used specifically to trigger illness.

Alloxan is widely used to induce experimental diabetes in animals. The mechanism of their action in beta cells of the pancreas has been intensively probed and apprehended. Alloxan and the product of its reduction, dialuric acid, form highly reactive hydroxyl radicals with a simultaneous massive increase in rapid destruction of beta cells. Alloxan is also, toxic to the liver and the kidneys in high doses.

The incidence of diabetes mellites is increasing worldwide and India has been hailed as the diabetes capital of the world. May be our dietary habit of using maida in many of our cuisines and frequently feasting on parotta and kurma may be responsible for this. Ingesting food containing alloxans is like consuming a food containing a lethal germ.

The association between alloxan and diabetes is as clear and solid as the association between cholesterol and heart disease. If you want to be away from the culprit alloxan, a known toxic chemical, then make modest dietary changes by consuming products made out of whole¬grain wheat flour.

Unaware of the consequences of refined flour if you have been consuming maida products and you have a family history of diabetes, still you have time to protect you. Studies show that you can reverse the effects of alloxan by supplementing your diet with vitamin E.

Research has proved that Vitamin E effectively protected lab rats from the harmful effects of administered alloxan. Vitamin E is definitely worth adding to your daily regimen of nutritional supplements, especially if you have a history of eating foods made with refined white flour and are at high risk for diabetes. Even if you are already diabetic, some simple changes to your diet can help.

Thus at this instant, it is essential to be conscious about the harmful effects of alloxan in refined flour and to protect us from the grappling epidemic of diabetes.

The bleaching agents present in maida are used to produce diabetes in rodents and animals when tested in the laboratories. The colour of maida flour may look fair and fine when compared to wheat flour, but the process involved in its preparation shows how dangerous it is for vital organs such as heart and pancreas

Is Alloxan being mixed in maida? Find out, says Madras HC

According to petitioner, maida flour was prepared from wheat by removing the roughage or dietary fiber starches and bleached using “benzoic peroxide or chlorine oxide”. In addition to bleaching, it was softened by mixing a chemical called Alloxan making the maida flour to have many chemical components that cause many health problem in human beings ranging from constipation to all higher disease especially diabetes and obesity.