GM mustard, a matter of concern

Mustard is one of the chief condiments in Indian kitchens. It’s also used as cooking oil, oil cake, and mustard greens are one of the commonly eaten vegetables. The consumption of GM mustard will have a devastating impact on our health if commercial cultivation of the GM crop in India gets the Central Government’s approval. 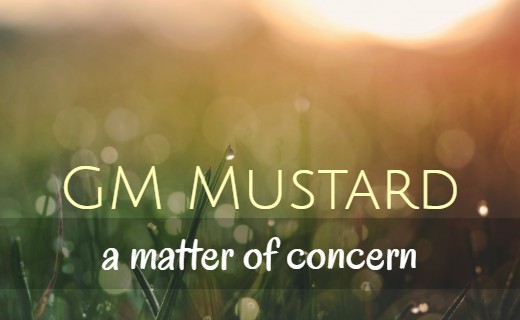 Dhara Mustard Hybrid-11 is a genetically modified (GM) variety of mustard, cultivated by the Delhi University. Abbreviated as DMH-11, it involves the combination of genes taken from the tobacco plant and various bacteria.

GM mustard was engineered to boost the production of mustard to meet the ever-growing demand for edible oil in the country. The plant is manipulated to be resistant to a highly-poisonous glufosinate, a broad-spectrum herbicide and to fight droughts, salinity and natural disasters, with low input.

The manufacturing company claims that the gene modification will increase mustard productivity by 20-25 per cent and bring down the price of mustard oil in the country.

The Genetic Engineering Approval Committee has deferred granting commercial approval to a genetically-modified mustard. As per ICAR, a new variety of seed is permitted for commercialization only if it is at least 10% more productive than an existing variety. If this is not satisﬁed in any stage of the trial, the seed is not considered again. As per this, the Coalition say that the GM mustard trials should have ended in 2006-07, as it did not pass this rule.

Genetic engineering enables scientists to create plants, animals and micro-organisms by manipulating genes in a way that does not occur naturally.

These genetically modified organisms (GMOs) can spread through nature and interbreed with natural organisms, thereby contaminating non 'GE' environments and future generations in an unforeseeable and uncontrollable way.

Exploitation of farmers as GM seeds can’t be stored or re-used, and need to be purchased from the manufacturer every year and the infertility of GM seeds have also been major issues.